After the collapse of the ostrich industry at the beginning of the 20th century a number of farmers in the Bonnievale region gathered to investigate alternative uses for their long-established lucerne fields and other infrastructure. Following on this, the Boesmans River Co-operative Cheese Factory was established in 1926. After a humble start with less than 20 members, this co-operative grew slowly but surely. At the beginning of the seventies of the previous century it was still a small enterprise that only served dairy farmers in the Bonnievale and Swellendam regions. Only gouda cheese was produced and marketed by the central marketing co-operative, SACCA.

However, during the 1970s they decided on an accelerated extension programme and also started producing cheddar cheese. A whey powder factory was also established. Membership of the Co-operative and milk intake increased dramatically. The replacement of the old 40 litre aluminium cans with cooling tanks on farms and flat-back lorries with isolated milk transport tankers early in the 1980s changed the distances across which milk could be collected drastically.

In the meantime, a tendency towards amalgamation amongst smaller co-operative enterprises in the agricultural industry occurred over the decades. This was the logical result of the scale advantages for the industry that arose from these amalgamations. This was especially important in the case of the dairy industry with its capital intensive processing plants. 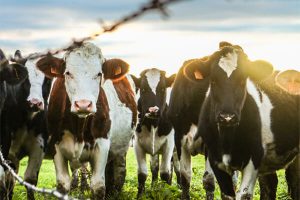 Shortly afterwards, the Cape Dairy Co-operative bought Van Riebeeck Dairies, which was situated in Parow and produced fresh milk and fresh-milk by-products and marketed and distributed these in the Cape Peninsula and surroundings.

An amalgamation followed on these discussions, which was registered with the Registrar of Co-operatives in 1989, still under the name of Cape Dairy Co-operative.

Cape Dairy Co-operative now had a comprehensive range of dairy products with well-established and successful brand names, such as Bonnita, Everfresh and Pure Joy, at its disposal. Further growth followed, so much so that members were also recruited in the northern provinces. Following on this, an UHT factory was built on the Rand. 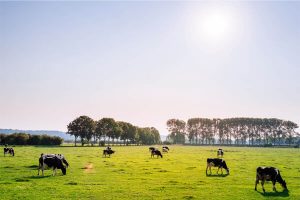 It stands to reason that this growth required a lot of capital, especially in an industry where high standards of hygiene have to be maintained and equipment is nearly exclusively made from stainless steel. Consequently, it was decided in 1992 to transform the Co-operative’s processing, transport and marketing departments into a company in order to allow access to funds outside the agricultural sector as well. However, the Co-operative still maintained the controlling shares in the operating company Bonnita (Pty) Ltd.

In the course of time the decision was made to develop the value of the whole enterprise in the interest of the Co-operative’s members. Consequently, it was decided to list the operating company on the Johannesburg Stock Exchange, with the Premier Group obtaining the controlling shares at the time.

The Towerkop Co-operative Cheese Factory was established in 1946 by a number of dairy producers in the Ladismith region. They manufactured gouda cheese and marketed it through SACCA. They also maintained stable growth over the years and took over smaller fresh milk and sterilised milk enterprises in George and Oudtshoorn in the late 1980s. In about 1996 they also united their manufacturing and marketing activities into a private company, with the Co-operative still being the controlling shareholder.

The most important consideration in this step was to create a forum for producers who supply milk to Parmalat where they can negotiate with Parmalat collectively for the best long-term advantage for all the members. The Co-operative also aimed at establishing a healthy and mutually advantageous relationship with Parmalat. At the same time an office would be established where operating information could be gathered and a connection with other producer and operating organisations and government bodies could take place on a continuous basis and a professional level. 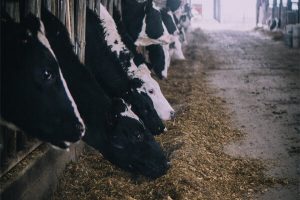 SAMILCO’s service area now stretched from East London in the east to Vredenburg in the west in a strip of approximately 1500 kilometres along the coast. With its foundation its number of members was 970 and their collective annual milk production constituted 533 millions of litres.

The Co-operative is managed and administered by a representative board of directors that is constituted from the whole service area. Its activities are financed by a levy of 0,2% of the value of members’ milk supply. SAMILCO’s office is situated in Durbanville and is staffed by a General Manger, Technical Manger and a Office Manager.